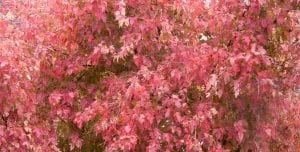 It has been a very busy several days for me, but one thing is a constant in my life now. I go to the gym for at least 40 minutes every day and I work hard. If you recall, I set a goal of going to the gym for 90 straight days. I hit the 90 day mark on November 1st and I'm still going strong. I decided to extend the challenge to the end of the year, which will give me 150 days. If that doesn't set the habit, I don't know what will.

I also altered my eating habits and practice intermittent fasting. I consume all my food between 9AM and 5PM daily as much as I can control that. This part is a little harder for me to maintain because of scheduling. But I don't eat anything after dinner and I always make sure I put at least three hours between the last food I eat and bedtime. I have lost over 30 pounds since I began this journey.

Success in this area for me is so much more than the number on the scale. I'm getting back to eating a normal amount of food and not eating in the evening. I'm getting better quality sleep, possibly due to the exercise and I've been exercising every single day. I've developed some new habits and eery day I practice, I get better at it.

I read a book called The Power of Habit by Charles Duhigg. In it the author tells us that a habit consists of three components. First comes the cue, then the action, then the reward. The cue is telling your brain to take the action, you then take the action and you reap the reward. To put that into a real life situation, think of this. If you are a stress eater, say you have an argument with your partner. That's the cue. It triggers you to take the action. The action is to eat a half a jar of almond butter (or your drug of choice). The reward is you have temporarily anesthetized yourself from the argument. But then of course you start to feel lousy about eating all the almond butter. At this point you're on a roll, so you figure what's the use and go on to whatever else is in your path. The cue is, you've already done the damage, the action is to eat more and the reward is more numbing. It's an endless cycle that becomes habitual. But just like you formed this habit that doesn't serve you, you can replace it with one that does.

When we form habits, there are neural pathways in our brains that are like roads. Each time we practice the habit, the pathway gets deeper. When we start to form a new habit, another neural pathway is formed. The old one remains but if we continue to practice the new habit, eventually it will become as deeply entrenched as the old habit. However, even though we form a new habit, the old pathway can easily be followed again if we fall back into old behaviors. That's why it is important to work on the new, healthier habits as much as possible so it's less likely that we will fall back into old routines. It takes work but you can indeed, teach an old dog new tricks.

I began this journey in early August and have used this forum to hold myself accountable as I work through the process of replacing old habits with new ones. Several years ago, I was able to take off 135 pounds and essentially save my own life. I regained some of that weight so I'm working my way back down.

If you have chosen to join me on this journey, I hope I'm able to impart some nutritional and lifestyle wisdom. Even though I may have gone off the rails temporarily I can still share some of my first hand experience as well as my acquired knowledge and training to help you make the right changes for your best life.

Are you dreading the holidays, knowing that you won't be able to wear the same clothes on New Years that you wore at the beginning of the feeding frenzy we call the holiday season? Are you worried that you might undo all the good you have done recently for your health? Do you think you might go off the rails with your food choices? Do the holidays get really stressful and cause you to make food choices that may not be very healthy?

If any of the above scares you, I can help you get through the next two months with my Healthy Holidays program.  And you won't even have to leave the comfort of your home.