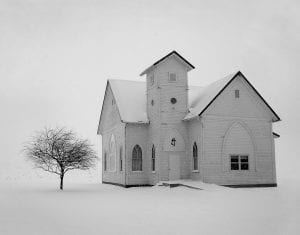 I read an article yesterday that intrigued me. It's about how millennials are moving away from organized religion and attending church. It isn't important if you practice a religion or if you believe or don't believe in a divine presence to see the importance of this phenomenon.

Religious affiliation has been declining pretty quickly for all age groups but, according to the Pew Research Center, the drop is most dramatic for the millennial generation, ages 23-38. Millennials are not interested in much of what intrigued the generations before them. For instance, they don't care too much about regular television, they seem to work more than previous generations, they marry differently than we did (think destination weddings), and many other traditional activities have been kicked to the curb by millennials. They are also leaving churches in droves, attending services seldom if ever.

It was often the case that the younger generation would drift away from the religion of their upbringing, perhaps as an act of rebellion. But when they began to start their own families, they would find their way back to either that religion or as in my case, a similar one. But millennials are different. They are not coming back to church and bringing their families. This is especially prevalent in the Christian religions. Some of the lack of interest can be attributed to the political bent many of the conservative Christian pastors are weaving into their teachings.

So why should we care? For one thing, churches cannot survive without membership or the money that comes from the membership. But church isn't just about deity worship. Often people who go to church also do volunteer work and participation in such activities has also declined.

People are still in search of something bigger than themselves to connect with. While ancient writings such as the Bible aren't getting the attention they once received, millennials are looking for a spiritual substitute that doesn't include going to church. Some are turning to more "convenient" ways to be spiritual like yoga or astrology. Millennials also spend more time playing online games as a way to connect.

Sadly though, the connections once found in being part of a church community are missing. Being in a congregation of people with whom you share many aspects of your life might be a little suffocating at times but the sharing of experiences with like minded people is a connection many crave.

As millennials get older and their ability to connect and find a partner or just make friends wanes because they're so caught up in job and debt repayment and just getting by, they are becoming lonelier. Some are having difficulty finding a partner and are concerned that child-bearing age may pass them by. Long term relationships that were once at least partly initiated and further fostered by church connections are fewer.

Although millennials are rejecting the traditions of their elders, the basic human needs of connection and belonging are not changing. Being part of a religious congregation provided that connection for many. If it isn't going to be church, millennials will need to find another way to connect and feed their hearts and souls. It's part of being human.

Are you dreading the holidays, knowing that you won't be able to wear the same clothes on New
Year's that you wore at the beginning of the feeding frenzy we call the holiday season? Are you worried that you might undo all the good you have done recently for your health? Do you think you might go off the rails with your food choices? Do the holidays get really stressful and cause you to make food choices that may not be very healthy?

If any of the above scares you, I can help you get through the four weeks between Thanksgiving and New Year's with my Healthy Holidays program.  And you won't even have to leave the comfort of your home.

I am offering SPECIAL PRICING until THANKSGIVING for anyone who signs up by then. The regular price of this program is $297 but until 11/28, the price is only $247...that's a $50 savings!