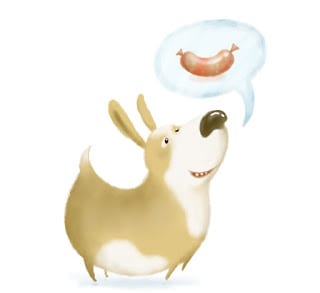 Cravings are defined as intense, urgent or abnormal longings or desires. If you've ever had one, you know just how intense they can be. It becomes your life's mission to fulfill that craving when it occurs and nothing else will suffice.

There are some who believe that cravings for particular foods are actually your body's way of telling you that you are deficient in a particular nutrient. Another school of thought is that a craving represents something your brain wants rather than something your body needs. For instance, a craving for chocolate is often construed as an indication of a magnesium deficiency while a craving for meat or cheese may indicate a low iron or calcium level.

There are conditions such as pica where a nutrient deficiency may show up as a craving for non-food items like dirt or soap. People who experience these cravings are often shown to be deficient in iron, zinc or calcium. This odd eating behavior can often be stopped by supplementing with the deficient nutrients if the deficiency is what is causing the behavior. However, if there is another underlying mental or emotional issue, more comprehensive help is needed.

People who are sodium deficient may crave salty foods. However, eating salty foods regularly may cause a person who is not sodium deficient to crave the salt also. It's very rare to find someone in the developed world to be sodium deficient. In fact, the opposite is often true where there is excess sodium in the system. Consumption of salty foods often leads to habitual eating of such things, ultimately causing harm due to the excess salt consumption.

There is some evidence against the assumption that cravings may be linked to nutrient deficiencies. Take for instance the cravings a pregnant woman has. Often those cravings are for foods that are not really nutrient rich like ice cream and fast food. It also happens that when someone is following a very calorie restrictive diet or program that eliminates whole food groups, they often can think of nothing else for several days until they get past the 'detox' for that food group. People tend to have cravings for low nutrient value foods that are high in carbs, sugar and bad fats.

It's more likely that craving certain foods is because of several other factors, according to healthline.com:

Reducing cravings is possible. Here are some ideas:

If you do find yourself in a craving, indulge in the food mindfully. Be fully present when you eat it, really taste is, feel the sensation in your mouth and focus all your senses on the experience. If you fully experience the food, you may only need a small amount to satisfy the craving.

Once you have given in to the craving, do not dwell on it or ruminate over it. Put it behind you and go on with your life. Feeling guilty and being hard on yourself will only make matters worse. Self compassion and trying to determine, without judgment, what triggered the craving in the first place may help to avoid the same thing happening again.

Some people who are constantly plagued with cravings may actually be suffering from a food addiction. If you suspect that is your issue, a health and nutrition coach can help overcome the addiction.

There are many triggers for cravings, some may be caused by a nutrient deficiency and some may be situational. It's important to determine what your triggers are and either avoid them or find a way to respond to them in a way that doesn't involve food.

A health and nutrition coach can help to develop strategies to overcome cravings and hep you redirect your attention to a healthier alternative.

If you see yourself in this situation, feel free to schedule a call with me to discuss here. It's a no strings attached call and it's free!

Are you dreading the holidays, knowing that you won't be able to wear the same clothes on New Years that you wore at the beginning of the feeding frenzy we call the holiday season? Are you worried that you might undo all the good you have done recently for your health? Do you think you might go off the rails with your food choices? Do the holidays get really stressful and cause you to make food choices that may not be very healthy?

If any of the above scares you, I can help you get through the next two months with my Healthy Holidays program.  And you won't even have to leave the comfort of your home.