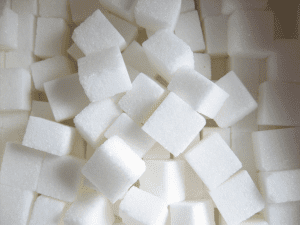 Sometimes I think it’s important to repeat information I have shared before because I think it’s something that we all need to understand. This is one of those posts.

I recently read yet another article about how the sugar industry paid for research to implicate dietary fat, rather than sugar, as the major contributing factor for heart disease. The research was being conducted in the 1960s and was being funded by an organization called the Sugar Research Foundation. The group directed the outcome of the study to deflect blame from sugar and onto fat as the primary cause of heart disease. Interestingly enough, there was no mention of where the money for the study came from when the results were published.

The results of this so-called research has been the basis of the dietary guidance we have been given on prevention of heart disease for over fifty years. The problem is, however, we have not seen a decrease in cardiovascular health problems, but rather the opposite.

Obesity is a major contributing risk factor for developing heart disease and ever since we have been cutting fat from our diets, waistlines have grown, not shrunk. Fat reduction also means taste reduction so in order to sell low fat or non-fat foods, the fat was replaced with, you guessed it…more sugar! What a perfect way to not only deflect blame but also to use more sugar in the production of processed foods. It was a win-win for the sugar industry!

Marion Nestle, Professor of Nutrition, Food Studies and Public Health at NYU was quoted as saying, “Is it really true that food companies deliberately set out to manipulate research in their favor? Yes it is, and the practice continues. In 2015, the New York Times obtained emails revealing Coca-Cola’s cozy relationships with sponsored researchers who were conducting studies aimed at minimizing the effects of sugary drinks on obesity. Even more recently, the Associated Press obtained emails showing how a candy trade association funded and influenced studies to show that children who eat sweets have healthier body weights than those who do not.

Seriously??? Kids who eat candy are at a healthier weight than kids who snack on things like fruits and vegetables? I don’t think so.

More studies have to be conducted by impartial researchers to see how significant the link is between sugar consumption and cardiac disease but the link is there. The results of the studies done in the 60s are flawed and should be heavily discounted if not ignored. Our misguided belief that fat is the enemy has been a contributing factor to the obesity epidemic we now face in modern society. We need to rethink the dietary guidance we have been given for the past fifty plus years.

The bottom line is, we should be eating whole, mostly plant-based foods. If we eat what nature intended in moderation, we will go far in maintaining a healthy weight and a healthy lifestyle. It’s when we reach for the highly processed convenience foods that we get into trouble. Stick with the real food. Mother Nature knows what she’s doing.

You can read the whole article here.