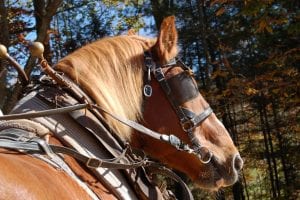 I found out that someone I knew passed away yesterday from ovarian cancer at the ripe "old" age of 55. She had various symptoms over the last several years that she chose to ignore, to her extreme detriment. A few weeks after she began disability leave, presumably to be treated for the cancer, she died.

I had not seen this woman for a little over a year but when I was seeing her almost daily, I noticed that on her otherwise thin body, her abdomen was getting larger. It appeared abnormally round to me. Since she had a small quiver in her hands, I thought she was drinking heavily and chalked it up to that. I don't know that she would have seen a doctor if I mentioned my observations because there were others who were closer to her than I was that she wasn't listening to. Her symptoms of back pain and what she referred to as "woman problems" date back at least five years.

Ovarian cancer has been one of those diseases called "a silent killer". Often the patient is asymptomatic until she isn't and by the time she realizes there's a problem, it's in the advanced stages. According to the American Cancer Society, only about 20% of cases of ovarian cancer are diagnosed at an early stage. This is often because the early symptoms look like other problems like digestive and stomach issues or minor issues causing nuisance pain, like a pulled muscle in the back. Usually it's when the cancer has spread beyond the ovaries, that the symptoms appear. Some common symptoms of ovarian cancer that can be mistaken for something less serious, and therefore ignored are:

You can see how this list of symptoms can easily be mistaken for something else, especially if you are also entering or in the throes of menopause, under stress, eat a bad diet, have a lot of responsibility, or are sleep deprived.

But you know your body. If you pay careful attention and listen to your intuition, you know when something isn't right. It's important when you know something is going on that you seek medical help. If the doctor blows you off or minimizes your concerns, GET ANOTHER DOCTOR. Remember, you are paying them and they work for you. If you are not taken seriously, find one who will listen and run the appropriate tests. We have to be partners in our health care and must be seen as such. If the doctor has a "my way or the highway" attitude, take the highway option. They aren't doing you any favors anyway. If you feel that you aren't able to advocate for yourself, take someone with you who can. Don't be another victim of denial. There have been so many advances made in cancer care that it doesn't have to be a death sentence if you find and treat it early.