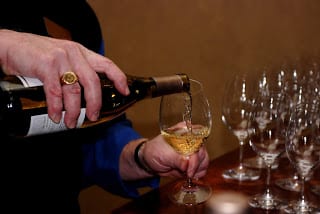 We are inundated with memes on social media glamorizing or making light of wine and other alcohol use to numb the senses and otherwise get through our lives. It seems that women, especially moms, are specifically targeted and encouraged to consume wine to ease the pain and stress of motherhood. An occasional glass of wine with dinner is not worrisome but alcohol has a cumulative effect on the body.

Warning…if you read on, you may be surprised and perhaps, unhappy about what you’re about to learn.

We often hear that a glass of red wine is good for the heart because of the resveratrol contained therein, but you can also get resveratrol from eating red grapes, cranberries, blueberries and even dark chocolate. It isn’t necessary to consume alcohol to get the benefits.

Alcohol is the most widely consumed and abused drug in our society. It has grave health and economic implications from the drain on the healthcare system due to disease, accidents, overdose, lost employment productivity and sometimes the death of a family breadwinner or primary caregiver. It’s really important to know the dangers of its use and abuse before engaging in such a dangerous and reckless activity. Drink responsibly and never drink and drive. Act as if your and other lives depend on it, because they do.