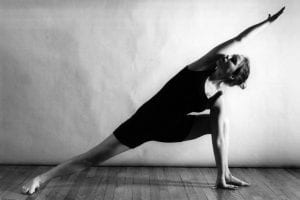 Yoga has so many benefits. One of the ways it is beneficial is in the effect it has on the brain and science is taking an interest as seen in this article.

Yoga has been known to reduce anxiety while increasing cognitive function. It increases overall brain activity which is associated with increased size of the amygdala, the emotional center, and frontal lobes which are associated with executive function. researchers also saw an increase in gray matter which is what controls muscles and sensory perceptions.

Depending on the activity the brain is engaged in, the brainwaves can either speed up or slow down. After yoga, the brainwaves were measured in the test subjects resulting in the following:

In a study done on university students, yoga helped with increased focus, a higher level of brain function and improved mental function and overall better health. The increased activity is also associated with a better state of wakefulness and vigilance.

in the same study of the students, it was found that their brains were working more harmoniously, meaning two or more parts of the brain were synchronous. There is a synergy in the brain that functions as a whole and is greater than the sum of the individual parts. This performance leads to better and more integrated thinking and behavior, higher intelligence, more emotional stability, better decision making and judgment, more creativity and less anxiety.

It's well known that yoga helps with relaxation and flexibility but the level at which the brain is impacted can be very helpful in cases of anxiety and possibly PTSD and other disorders. It is something worthy of further exploration.