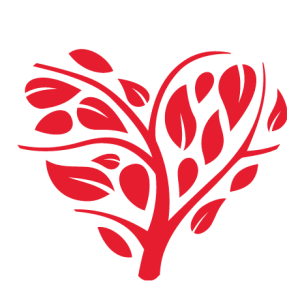 In honor of the 2019 class of WomenHeart Champions, I wanted to rerun this post. I continue to be humbled and blessed to be counted among this group of courageous (s)heroes.

In October 2018, I had the honor and pleasure of being invited to become a WomenHeart Champion. To become a champion, I went to be trained at the Mayo Clinic. Yes, it was THE Mayo Clinic in Rochester MN. And I was one of 50 women in the country asked to do this. Everyone who was part of this illustrious group of women either had heart disease or had experienced some sort of cardiac event. In my case, it was the latter.
On September 11, 2017, I was sitting in a Toastmasters meeting at the hospital, having just returned to my seat after a brief presentation. I began to feel a burning sensation that originated in the middle of my chest and spread to both shoulders and into my jaw. I even felt it in my bottom teeth. It wasn’t particularly painful but it was a sensation I had never experienced before. I sat for a few minutes and tried to squirm my way out of the feeling but a voice in my head that became louder and louder said, “women’s symptoms are different from men’s”  over and over again.
I turned to the gentleman sitting across the aisle from me, as he was the closest, and asked him to walk out with me because I was afraid I might get worse if I walked out and I didn’t want to faint...or worse. We walked out, I thought inconspicuously, and flagged down a hospital employee who quickly rallied the troops to get me into a wheelchair and off to the ER. While I waited for the wheelchair, I called my husband to tell him of my new adventure.
As the reality of what was happening started to settle in I began to get a little panicked. I had too much to do to be laid up with a heart attack. I’m a vegetarian so this can’t be happening to me. My blood pressure and cholesterol are on the low side so this can’t be happening to me. I’m a health coach and I teach people how to avoid such situations so this can’t be happening to me.
As soon as I arrived at the ER I was hooked up to an EKG and sure enough, it was happening to me. I was in the throes of a heart attack so they whisked me up to the cath lab to unblock what they thought was a blocked artery. What they found was something else. I had a spontaneous coronary artery dissection aka a SCAD. What is a SCAD, you say? It happens when one or more of your coronary arteries starts to come apart and cause a blockage resulting in a heart attack. I didn’t have a plaque buildup or a normal blockage. No, my artery started to peel apart and caused its own blockage. I was fortunate that it wasn’t a main artery and I feel like I dodged a gigantic bullet because here we are, more than two years later and I feel pretty good.
Now, why do I tell you this story? I tell you because it was this event that led me to WomenHeart and all the courageous heart warriors I had the privilege of meeting at Mayo. There were women from as young as 27 to well into their 70s who have experienced multiple near death experiences and several trips to the ER where they were not taken seriously and could have died from their illness. There were women whose hearts were nearly shredded from the damage they suffered. It was enormously humbling to hear their stories of triumph and survival. Some of them were born with a heart abnormality, some were misdiagnosed over and over again, some had multiple events and multiple life threatening conditions and they were all there for the same purpose…to help other women navigate the terrifying uncertainties that come with a catastrophic cardiac event. These women were feisty, strong, funny, smart, curious, generous, loving, creative, supportive and still alive and wanted to give back. They were all so grateful to be alive and for having defied the odds. I am in awe of them.
These are the people I hold up as my (s)heroes. They make me want to make them proud of me. I am so honored to have been in their company and to count them as my Heart Sisters. Soldier on sisters. We've got this.