Are you old enough to remember a prisoner named Gary Gilmore? He was convicted of a double homicide and executed by firing squad in Utah. The unique aspect of his story is that he was the first person to be put to death in the US after capital punishment was reinstated in 1976. (1)

In 1972, the US Supreme Court (SCOTUS) decided that the death penalty violated the Eighth Amendment of the Constitution because it was considered cruel and unusual punishment. This ruling was based on the grounds that the states imposed the death penalty in "arbitrary and capricious ways" particularly with respect to race. In 1976, however, SCOTUS reversed the decision and allowed states to impose the death penalty but required the states to develop specific guidelines around its imposition. (1) 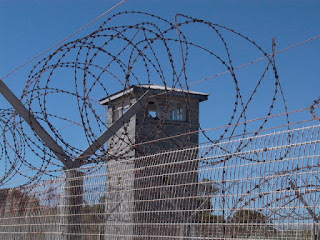 Not much has changed in the 40+ years since the reinstatement of the death penalty. Racial disparity is alive and well in the United States. African Americans make up approximately 13% of the general US population but are 42% of the inmates on death row and 35% of those executed. Additionally, if the victim is white the killer is much more likely to receive the death penalty.

People of color were less likely to be able to plea bargain to spare their lives than white defendants. A study conducted by the Department of Justice found that 48% of white defendants were able to plead guilty and receive life in prison compared to 25% of African Americans and 28% of Hispanics. (2)

The death penalty is a hot button issue. Those in favor of it feel that it is a deterrent to crime and costs less than keeping an inmate imprisoned for life. They feel it is justified for taking another's life and it keeps the criminal from committing any future crime. Those in opposition of the death penalty feel it is unfairly imposed on people of color and those of meager means to hire a qualified attorney, does not deter crime and it gives government too much power by allowing the decision to take a human life. (3)

Mistakes can be made and innocent people can and have been convicted, sentenced and even executed. Imposing the death penalty cannot be reversed like a jail sentence. Once someone is executed, obviously there is no bringing them back if new evidence can exonerate them. With the introduction of DNA technology, there have been several cases of mistaken conviction overturned.

Can you imagine if you knew of someone who was wrongly executed? I don't know if I could live with myself if I was on a jury that voted for execution of a wrongly convicted person. What are your thoughts?