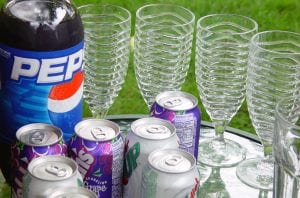 I don’t think this information will come as a surprise to anyone who has been reading my posts but it’s important sometimes to remind people about the revelation in this article. Essentially it says that over-consumption of any sweetened soft drinks will likely lead to early death, whether it’s sweetened with sugar or an artificial sweetener. The results of the subject study were published in the Journal of the American Medical Association (JAMA). The results state that people who drank only two sodas per day ran a higher risk of death from any cause than those who consumed less than one per month.

This study was one of the largest of its kind and was conducted in ten countries in Europe. It was found that people who consumed two or more diet sodas per day ran a higher risk of dying from circulatory problems a.k.a. cardiovascular disease and those who drank one or more sugar sweetened sodas, were at higher risk of dying from digestive issues including problems with the liver, appendix, pancreas and intestines.

Although it was thought that people who regularly consumed soda were likely also living a less healthy lifestyle than their non-soda drinking counterparts, adjustments in the study were made for other unhealthy lifestyle markers like a high BMI or tobacco use. Even after adjusting for those factors, it as undeniable that the soda consumption negatively impacted life expectancy.

Members of the Calories Control Council who are the advocates for the use of non-sugar sweeteners stand behind their position that artificial sweeteners have long been considered safe for consumption, I would advise taking that position with a grain of salt. Follow the money and make your assessment based on who is paying their salaries.

The American Heart Association has determined that the single biggest source of added sugar in our modern diet is sweetened beverages. The obesity level in U.S. children and adolescents has more than tripled since the 1970s according to the CDC and more than 40% of the adult population is overweight or obese, according to the American Medical Association.

There are several cities in the U.S. that have imposed a soda tax but not without significant pushback from the soda lobby. Fortunately, it appears that more people are opting for healthier beverage options. If the soda companies want to stay afloat, they should consider expanding their product lines to include healthier beverages that are less sweet or not sweetened at all. Consumers are changing their selections, the industry should be paying attention and change with the times. Otherwise, they will be left behind. This preference is not likely to go away any time soon.